We preserve the past, enrich the present and enhance the future for all Stony Point residents.

We are committed to:

The Rose Memorial Library Association was granted a provisional charter on October 21, 1949 and began serving the public on May 26, 1950. It was granted an absolute charter by the Board of Regents on behalf of the Education Department of the State of New York on December 19, 1952. The Rose Memorial Library is on the site of the William Knight house. The library was made possible by a bequest of the late Ezekial O. Rose who, during his life in Stony Point, was one of its successful business men.  Ezekial O. Rose opened the first Stony Point’s first pharmacy in 1865. The entire community is indebted to him for his generosity and foresight.

The population of Stony Point at the time was 1,432 with an estimated financial support of $3,869. The estimated expenditures for 1952 were $1,533. The charter inspector noted that the income would be adequate if it were well spent. Founding trustees were J. Kenneth Townsend, Quentin E. Lyle, Ethel R. Snyder, Henry Fowler, and Irving G. Kennedy. Mrs. J. Alan McWatt was hired as the consulting director at a salary of $97 annually. (The janitor made $90 annually). Miss Codena Spalding, a local resident and trained librarian, assisted Mrs. McWatt and supervised the volunteer staff. The library was staffed by 12 well-organized and well-trained volunteer workers. The original collection contained 2,053 books. The library was open an average of 21 hours per week. It was recommended during the inspection that the library replace its 1909 Encyclopaedia Britannica with a more modern edition. 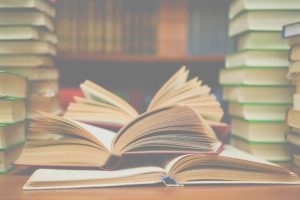